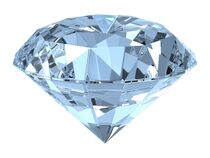 Small clusters of rough gems can be found almost anywhere while mining. After they have been mined by a miner and cut by a gem cutter, a gem setter can use them to encrust furniture, crafts, and ammunition. In addition, raw rock crystals are required to make crystal glass goods. Cut gems can also be used to create windows and are often required as a source material for legendary artifacts. Gem-encrusted weapons and armor can be found in-game, but cannot be made in fortress mode. Stones, including the various types of clay, can also be cut into gems.

There are a total of 130 different kinds of gems, 127 excluding the three kinds of glass. Of these, 57 are ornamental, 58 semi-precious, 4 precious and 8 rare.

A large variety of cut gems can be brought by and requested from the dwarven caravan. You cannot import rough gems with the exception of raw glass, which human and dwarven caravans can bring.

Exactly 5% of all rough gems will be cut into a single craft or large gem (with 1 craft for every 8 large gems), and the same occurs with raw glass (but with different ratios - 33% of all jobs, producing 11 crafts for every 16 large gems). Note that these will replace a cut gem and cannot be used to encrust goods. The value of such crafts can easily reach hundreds, even several thousand in the case of valuable gems and good craftsdwarfship. A dwarf in the throes of a strange mood can take a single gem and cut it into a legendary artifact known as a "perfect gem" - this is simply a special name for an artifact large gem.

If you have any bags of sand, you can also manufacture raw glass, which is the same as a lower-value, uncut gem.

Gizzard stones are found as a by-product when butchering some animals, and can be used like cut gems. Only a few animal species give gizzard stones, but each member of such a species butchered will yield one, which can lead to a decent supply when you manage to set up an ostrich or elk bird farm.

A killed amethyst man will, logically, drop a rough amethyst, but amethyst men are fairly rare. Forgotten beasts made of gem will leave a corpse, in some cases weighing thousands of Urists, but the corpse cannot be cut into gems or used in any other way.

You can also direct your dwarves to cut stone, shell, horn and ivory into a large gem which can be done at a craftsdwarf's workshop.

Gems come in many varieties, with their own color and value multipliers:

See here or here for a sortable, print-friendly spreadsheet with all gems and their values.

See here for a text list of rough gems sorted alphabetically by variety.

Unlike other gems, diamonds can ignite if they come into contact with magma.

Finished gems have a particular cut, which doesn't affect the gem's value. A gem can have multiple cuts, such as a "square brilliant" or "tapered baguette" cut. Some gem cuts are also known as "cabochons," which have a basic "shape" cut typically as a rounded, polished stone. Gizzard stones do not have cuts.

Raw glass is treated as an uncut gem. There are three subtypes of raw glass (and, once cut, of cut glass gems):

Making raw glass requires a dwarf with the glassmaking labor designated, and, just like working metal, it also requires fuel (either coke or charcoal) at a normal glass furnace, or magma at a magma glass furnace. Like all gems, raw glass has no quality modifiers. Note that cut rock crystals can't be used to make crystal glass objects.

Raw gems are only one of the many things your glassmakers can make from glass. See glass and glass industry for more information.

A gem is a mineral (or a mineral-like material) admired by a culture, often due to their beauty and durability (resistance to scratches), so that they have economic value in and of themselves.

Most gems are made of the same basic minerals found in common rocks; but their atoms are arranged into ordered patterns, called crystals, with drastic consequences to their appearance and material properties. For example, the same mineral quartz that looks so unremarkable in quartzite may form the strikingly geometric, beautifully translucent rock crystals, if it has the space to grow up slowly – in a crack or cavity within granite rock, for example.

Each particular crystal has a stable angle between its faces, depending on the underlying atomic structure; quartz is hexagonal, while rock salt is cubic.

A more drastic (and famous) example is carbon. The organic content of sedimentary rocks like bituminous coal may be pressured and heated into honeycomb layers, forming the metamorphic stone graphite (which we use in pencils, and dwarves use for long-lasting fires). That very same carbon may be shaped, with more pressure and less heat (when, for example, stricken by a meteorite), into the nested cubes known as diamonds.

Some non-mineral materials that have been sometimes considered "gems" include organic products like amber, coral, and pearl; and rocks (bundles of multiple minerals) like jet, jade and lapis lazuli. Of these, pearl only exists in DF as a placeholder, coral and amber in the most rudimentary of forms; but not as gemstones. Jet counts as a regular stone in DF, while jade (in various colors) and lapis lazuli are gemstones.