A small, round humanoid found wandering the caves deep underground. Most of its body is taken up by a huge tusked mouth.

Gorlaks are small humanoids encountered in cavern areas. Despite their appearance they are mostly harmless, although will prove to be an annoyance due to spamming cancelled jobs, and occasional weak attacks against animals or sleeping dwarves. Easily dispatched by even a novice military dwarf and/or most civilians. 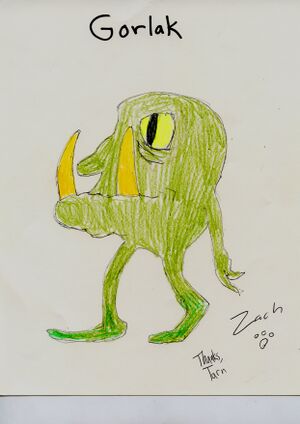