Mason is the skill associated with the masonry labor. Masons are responsible for creating furniture and other objects out of stone in a mason's workshop.

Masons are also responsible for constructing architectural buildings designed with stone, stone blocks, glass blocks, bricks, or soap bars. These buildings include trade depots, bridges, furnaces, and wells, and their building quality and value are influenced by the mason's skill.

As stone is plentiful early on in almost any fort, and the tables, chairs, and doors a mason can build are immediately desirable, bringing a mason along is a sensible choice for most starting builds.

Because blocks have no quality, making blocks is a good way to train new masons. A single boulder will produce 4 blocks; blocks are lighter/easier to carry than boulders; blocks have a higher value than boulders, increasing the architectural created wealth of the resulting constructions; and block walls are more difficult to climb than rough stone walls. Blocks can't be used to make furniture, crafts or other stone objects the way boulders can, though.

Building constructions has been relegated to its own labor in DF2014 and no longer requires labors related to the building materials, which makes it much easier to keep experienced masons occupied in the workshops while less-specialised labourers erect constructions. 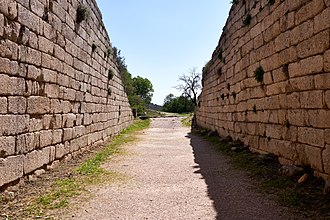