A small round mammal whose back is covered in spines. It is nocturnal and feeds on insects. It curls into a ball when startled and is found in temperate regions.

Hedgehogs are a type of above ground vermin found in any grassy temperate area, but not in winter. They can be captured by trappers and turned into pets. Despite the fact that they are members of Eulipotyphla, they have teeth like a rodent. 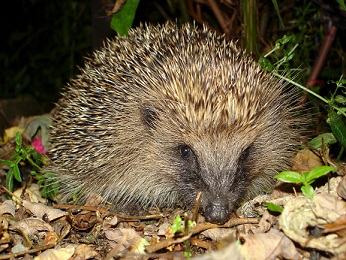 Admired for its many spines.

There are tales of a hedgehog with blue fur and a [speed:0] tag running around, but no proof has been found so far. However, the rumors of some sort of "Hedgehog's dilemma" resulting in dwarves becoming melancholy have been proven false.