Dolomite is a white medium-value and economic type of sedimentary stone that forms entire layers. It is also a flux stone, meaning it can be used in the production of pig iron and steel. Additionally, it is magma safe, with an extremely high melting point of 16507 °U .

In fact, dolomite has the highest melting point of all common* stones and metals. It is not safe from the scorching 50000 °U heat of dragon fire, though it will last longer than most minerals.

(* The uncommon exceptions being raw adamantine ore, adamantine metal, and, because it cannot be melted, slade.)

Because of its abundance and utility, dolomite is one of the most remarkable non-ore stones, and is much more useful than many other flux stones.

Dolomite is slightly denser than the average rock, inhibiting hauling. Because of its status as a flux stone, which are in high demand in steel-making, wheelbarrows are useful for the transport of dolomite.

Dolomite is comprised of calcium magnesium carbonate (CaMg(CO3)2) and is related to limestone, chalk, and marble. Its ionic and crystalline nature contributes to its high melting point. It's dolomite, baby! 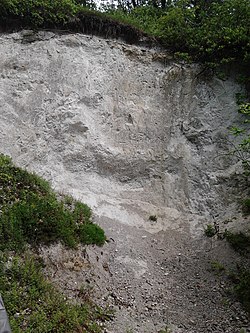