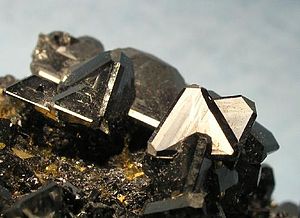 A single tetrahedrite boulder (seen in-game as simply "tetrahedrite", laying on the floor as a byproduct of mining) has a value of 9 (3 for being a stone boulder, times 3 for it being tetrahedrite).